Book in advance at ballydbardfest@gmail.com

Spring into Writing! Writing for all ages, abilities and experience, with Kim Arnold 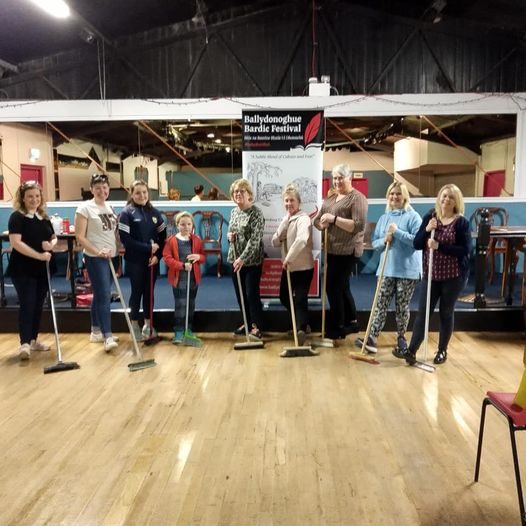 Some Pics From the 2022 Festival Launch…

…and From the Free Concert on Saturday

i dTí an Tuí (The Thatch Bar!)

The Ballydonoghue Bardic Festival seeks to honour the memory of Pádraig Liath Ó Conchubhair, who was born in Lisselton in 1745 and died around 1820.  He was a Hedge Schoolmaster, Poet and renowned Academic who established The Lisselton Bardic Court, known as ‘Cúirt na Súagh’, The Court of the Wise.

A Brief History of the Ballydonoghue Bard

There are lots of famous people from Lisselton, writers, footballers, ambassadors, soldiers, teachers, priests, nuns and many others. In this last group are the poets. It’s not often we hear about the poets from this area but they’re here now, and at one time Lisselton was famed for the standard of its poetry and of the schools of poetry around here. At that time there was great respect for poets and poetry, for alongside of poetry, they were well versed in literature, science and Latin.

Pádraig Liath Ó Conchubhair was born in 1745 and died around 1820. He was married to Eibhlín Ní hArtnain. Pádraig was highly intelligent and well-read, an outstandingly skilled teacher and leader of a group of master teachers of similar skills and disposition. He was also a native Irish speaker.

Pádraig instituted an annual Court for poets in Lisselton. Famous people from far and near attended these assemblies, people like Micheál Óg Ó Longáin. The Court was known as ‘Cúirt na Súagh’, The Court of the Wise. In 1803, the title Príomh-Ghiúistís, Cumann na mBard, (Chief Magistrate, Bardic Association) was bestowed on Pádraig Liath Ó Conchubhair of Cúirt na Súagh in Lisselton. A great honour indeed!

When you think about people like this man and the history Lisselton has in poetry, isn’t it a pity we don’t have a statue in his memory and as an influence on young people today. I use the term ‘influence’ because specialists in this field assure us that Pádraig and the schools he founded had a huge influence on the famous writers that have come out of North Kerry over the years. As I’ve said, Pádraig was a man of learning who used his native language in his poetry and in educating the people.

What then brought that era to an end in Lisselton, you ask? The introduction of The National School System in 1833 is probably one answer. The Great Famine of 1845 to 1849 contributed also.

But courage springs eternal in Kerry and in the years that followed, poets began to write again, in no small way due to the seed that was planted by Pádraig two hundred years ago, the same seed that still flourishes in Lisselton today.